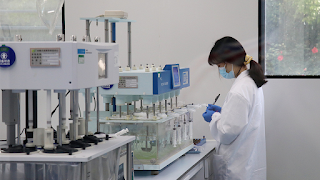 The small-molecule oral drugs, used for treating adult patients with mild to moderate COVID-19 infections, have been declared by Hainan Simcere Pharmaceutical Co., Limited and Shanghai Wangshi Biological Medicine Technology Co., LTD., according to a statement on the administration’s website.

There are more than 600 medications used for colds, Fever and coughs to treat COVID-19 infection in the country’s current medical insurance catalog, according to Huang Xinyu, an official at the National Healthcare Security Administration, at a press conference held on January 11. 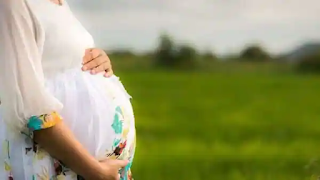 Covid during pregnancies can turn out to be dangerous. Here’s how coronavirus can affect the fetus

As we continue to discuss about COVID-19 and the symptoms linked to it, much less amount of attention is given to the effects of the Virus on the newborn. Now, a new study has revealed that the Virus can be harmful to the fetus and there is evidence of the Virus in fetal brain tissue in instances of pregnant people passing the infection to their children. Here is all that you need to know.

“While hemorrhages do occasionally occur in developing brains, it is extremely unusual for there to be this many instances within a 21-month period,” says neurobiologist Katie Long from King’s College London in the UK, as reported by Science Alert.

“It is now of the utmost importance that we follow up with children that were prenatally exposed to COVID-19 so that we can establish if there are any long-lasting neurodevelopmental effects.”

For the study, the team examined a total of 661 fetal tissue samples that were collected between July 2020 and April 2022 and they noticed hemorrhages in 26 of them, and surprisingly COVID-19 was present in all of the tissue samples. All the samples were collected from electively terminated pregnancies.

Since coronavirus was confirmed in the fetus tissues, it can be assumed that it was passed to the fetus from the mother. However, whether the hemorrhaging was a direct consequence of the mother’s COVID or the fetus’s infection – or if the relationship involves some unknown factor – isn’t clear.

The study also identified signs of hemorrhaging were from the late first and early second trimester of gestation. This means the fetal brain can be affected at the earliest stages of its development.

“We know that severe viral infection may influence the fetal brain, but this important study is the first to suggest that this may occur in pregnancies affected by COVID infection,” says physiologist Lucilla Poston from King’s College London. Poston was not involved in the study.

“Whatever the cause, a direct effect of the Virus or an indirect consequence of maternal infection, this study highlights the need for pregnant women to be vaccinated against COVID-19, thus avoiding complications for both mother and baby.”

During the study, traces of SARS-CoV-2 were also detected in tissue samples taken from the placenta, amnion, and umbilical cord, suggesting that there’s the potential for further complications to be caused by the presence of COVID-19. 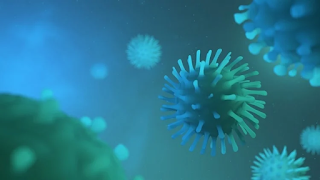 Accordingly, human soluble ACE2 (hsACE2) that binds to SARS-CoV-2 virions before SARS-CoV-2 entry may prevent COVID-19; however, the approach requires optimization and adaptation to novel SARS-CoV-2 variants.
About the study

MD simulations were performed to identify human angiotensin-converting enzyme 2 amino acid substitutions that reinforce S RBD-hACE2 interactions, for which an ESF (empirical scoring function) in close relation with the LIE (linear interaction energy) technique was used. In vitro SARS-CoV-2-neutralization assays were performed to assess the inhibition of the SARS-CoV-2 wild-type strain and the Beta variant transmission by hACE2 variants that were in linkage with the fragment crystallizable (Fc) region of human immunoglobulin G1 (hACE2-Fc).

A few variants of hACE2-Fc were also expressed in the Nicotiana benthamiana plant for investigating mass-scale production feasibility. Molecular dynamics run data were combined with hACE2 halos and S RBD halos for ANN (artificial neural network) training. The model was used to estimate binding affinities of SARS-CoV-2 S with hACE2 variants based on the S RBD and hACE2 halos. If a new variant emerged, hACE2 variants could be screened rapidly by the artificial neural network and verified by MD simulations so that COVID-19 treatment strategies could be tailored based on the human soluble ACE2 variant having the greatest binding affinity to the novel SARS-CoV-2 strain.

The potential of the system to estimate the effects of S RBD variant mutations for the same hACE2 decoys was assessed using the SARS-CoV-2 Omicron variant’s BA.1 and BA.2 subvariants as examples. All probable hACE2 mutations were screened, and the 300 most promising estimations were validated by MD simulations. In addition to wild-type hACE2, promising variants pf hACE2, with a C-terminal human IgG Fc tag, were expressed in Chinese hamster-ovary (CHO) cells.

The ESF estimations were validated in vitro by Virus neutralization assays. Experimental data correlated well with estimated ΔGpred (Gibbs free energies) in the model. In comparison to the wild-type of hACE2, the majority of hACE2 variants showed enhanced binding affinities to the SARS-CoV-2 Beta variant, Delta variant, and Omicron’s BA.1 subvariant and BA.2 subvariant. The hACE2-K31W was the only mutant with very less Gibbs free energy, indicating that the K31W mutation may contribute to S RBD interactions. K31W mutation presence was observed in most high-binding affinity mutants.

The findings indicated that ANN was not only able to better estimate values closer to the bulk of the binding affinity distribution than extrapolating from closely related variants but also reliably mapped the high-affinity variants to the highest affinity bracket of −68.0 kJ/mol. The artificial neural network could learn meaningful physical insights from Halos with performance significantly better than simply learning a regression-to-the-mean or copy-function, and the model could combine learned insights from relatively different inputs (distant SARS-CoV-2 sequences). The model identified single mutants comparable to the best hACE2 mutant found in the initial MD runs.

Overall, the study findings highlighted a bioinformatics approach of combining MD simulations, in vitro competitive inhibition assays, live-Virus infection assays, and ANN, for rapid, cost-effective and efficient evaluation of the binding affinity of hACE2 decoys to novel SARS-CoV-2 strains at an initial stage, reducing durations of hACE2- decoy adaptation and sample requirements for in vitro selections. 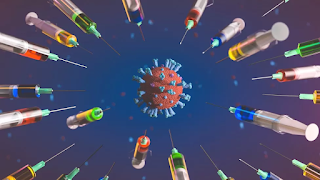 A new Covid sub-variant is causing some concern in the US, where it is spreading rapidly.

Some cases have also been recorded in the UK, so what do you need to know about XBB.1.5?

It is yet another offshoot of the globally-dominant Omicron Covid variant. Omicron has outperformed the earlier Alpha, Beta, Gamma and Delta coronavirus variants since emerging in late 2021.

Omicron has also given rise to many more contagious sub-variants.

Symptoms of XBB.1.5 are thought to be similar to those of previous Omicron strains. Most people experience cold-like symptoms.

Is XBB.1.5 more infectious or dangerous?

XBB.1.5 evolved from XBB, which began circulating in the UK in September 2022.

XBB had a mutation that helped it beat the body’s immune defences, but this same quality also reduced its ability to infect human cells.

Prof Wendy Barclay from Imperial College London said XBB.1.5 has a mutation known as F486P, which restores this ability to bind to cells while continuing to evade immunity. That makes it spread more easily.

She said these evolutionary changes were like “stepping stones”, as the Virus evolves to find new ways of bypassing the body’s defence mechanisms.

The Wellcome Sanger Institute in Cambridge is sequencing at least 5,000 Covid samples a week, as part of continuing efforts to track variants.

“A bit of the genome from one Virus gets joined up with another bit from a second Virus, and they merge, and that goes on to transmit.”

The World Health Organization (WHO) confirmed that XBB.1.5 has a “growth advantage” over other sub-variants seen so far.

But the WHO said there was no indication so far that it was more serious or harmful than previous Omicron variants.

Where is XBB.1.5 spreading?

According to Centers for Disease Control (CDC) estimates, nearly 28% of Covid cases in the US in the first week of January were caused by XBB.1.5

It had previously estimated as many as 40% of cases were XBB.1.5.

However, the revised figure still represents a sharp increase from only 4% of cases at the start of December.

Covid hospital admissions have been rising in recent weeks across the US, and the government has restarted its free testing programme.

Could the XBB.1.5 variant take off in the UK?

It looks likely. The UK had five Omicron waves in 2022, and further spikes in cases seem inevitable.

Figures for the week to Saturday 17 December from Wellcome Sanger suggested that one in 25 Covid cases in the UK were XBB.1.5.

But that was based on just nine samples, so we need to wait to get a better picture.

The UK Health Security Agency is due to release a report on variants spreading in the UK next week.

Prof Barclay said she expected more hospitalisations in the UK if the variant takes off here, “as we expect it to do”.

NHS England has said the fears of a “twindemic” of Covid and flu have already been realised, with both viruses putting strain on an already stretched NHS.
Who can get a Covid booster this winter?
How to look after yourself if you get Covid

Are scientists worried about XBB.1.5?

Prof Barclay said she was not especially concerned about the general UK population because there was “no indication” that XBB.1.5 would “break through” the protection against severe illness provided by vaccines.

But she is worried about the potential effect on the vulnerable, including the immunocompromised, who get less benefit from Covid jabs.

Prof David Heymann from the London School of Hygiene and Tropical Medicine acknowledged that there was still a fair amount to learn about this latest variant.

But he said it was unlikely to cause major problems in countries like the UK which have high levels of vaccination and previous infections.

His concern was for countries like China, where there was both low take-up of vaccines and little natural immunity because of prolonged lockdowns.

“China needs to share clinical information on people infected in order to see how the variant behaves in a non-immune population,” Prof Heymann said.
How is China trying to beat its latest Covid surge?

Range of treatments for coronavirus 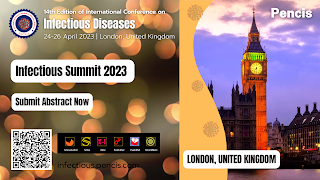